T1: A Program to play Twixt

TwixT is a boardgame by Alex Randolph.

T1 is a program to play TwixT by Johannes Schwagereit (mail(at)johannes-schwagereit.de).
No longer being developed.

These versions of T1 play quite weak (but at least they beat www.twixt.de).
My recommendation is to use ‚T1j‘ instead.

March 2003:
Version 0.1 A more or less are fully functional prototype.

All versions of T1 are licenced under the GPL. See below for a download of the sourcecode.

FLTK is available for Mac and Windows as well, so it is possible to port T1 to other operating systems. 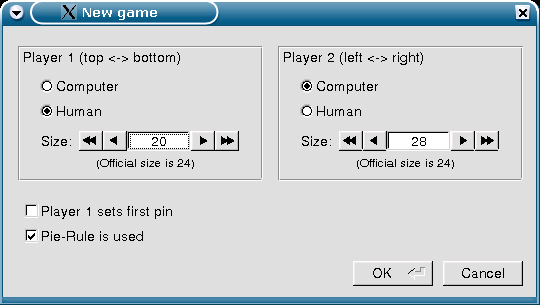 The New-Dialog. Note that the non-quadratic boards (‚Handicap‘ games) are possible.

Some screenshots from version 0.1. 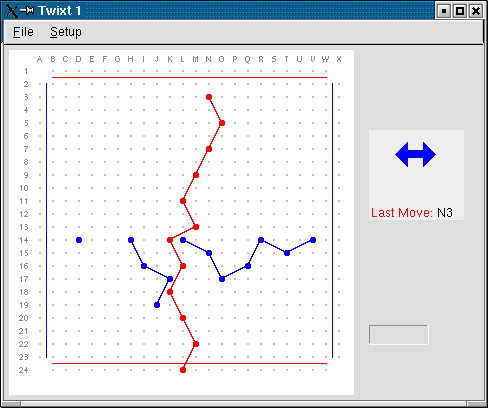 Main window (during a game between www.twixt.de – playing blue – and T1 – playing red -). 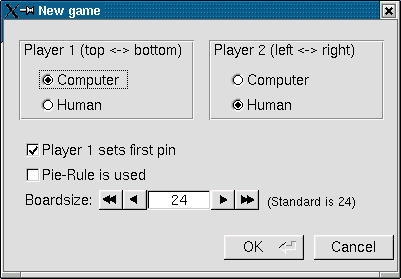 The dialog for a new game. 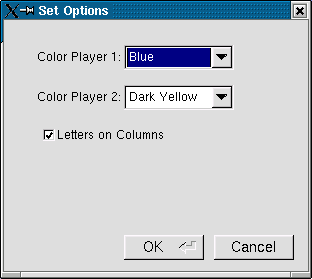 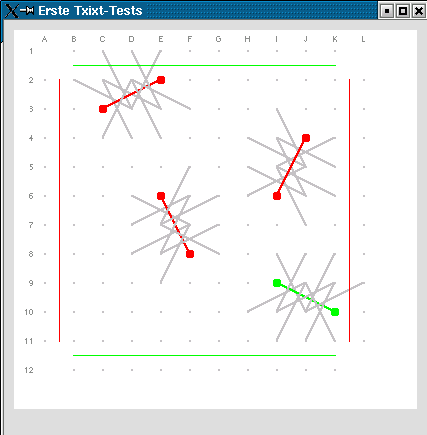 A Screenshot from an old version. The interesting point is: It shows the nine possible links which have to be checked before placing a given link.